Hey guys!! I finally woke my drawing skills up... For good... I'm so happy :D #IDrawCartoonsBetter 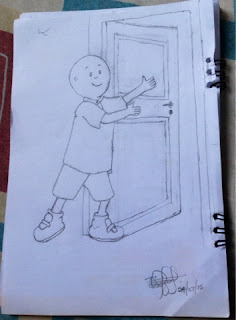 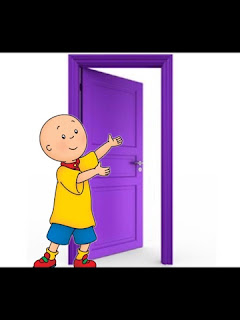 WEIGHT WATCHERS:  ever tried adding Honey instead of Sugar to your Oatmeal or Coffee? ;)
Hi guys!
I was thinking of how much I had to cut down the sugar I consume and In every way possible replace it with honey, like in tea, oatmeal, etc. in order to maintain my body weight.
Many people (including me) find the aroma of honey offensive, not offensive per se, let's say unpleasant, and wonder how to take it without perceiving the smell -very impossible.
So, my mom and I came up with the idea that to have your oatmeal comfortably without the aroma of honey interrupting your breakfast, you could add your honey to the water before boiling it to cook your oatmeal-very simple; just add your honey, stir in the water, allow to boil for about 3-4 minutes before adding your oatmeal, then allow to cook normally...There's no way you'll ever be concerned about that unpleasant smell disturbing your breakfast.
And for Coffee... This is not about smell of honey though...
Have you noticed that when you add milk to your coffee and then honey afterwards it coagulates? Like the milk becomes small particles? (The sight itches my face) lol... Anyways, to prevent this; after adding milk to your coffee, and you're about to add honey, just continue to stir while you add the honey, until it  dissolves completely... This way, you get to comfortably have your coffee without it being in that coagulated state...
Thanks for reading!
Posted by Unknown at 2:12 PM No comments:

Everyone is different from one another; have different sentiments; different origins, different behaviors and characters, also, in different ways, we all fit in as friends of one another. People describe friends as some one who has your back; supports you; can be trusted with secrets and problems; go to when in need. Yeah, all these definitions are absolutely right.

PART I
"Show Me Your Friend, And I'll Tell You Who You Are."
Our friends are reflections of who  and what we are. They can be a medium used to measure your own character.  Sometimes, our friends are our mentors, because we develop the desire to act like them , think like them, even behave like them, this might sometimes be seen as influence. Although, like I stated earlier, people are different in different ways, but as evidence of friendship, we have something in common that creates a bond of friendship. As the saying goes; "birds of the same feather flock together". It could be in sentiments and beliefs, interests, peer groups, love (in terms of spouses), academic fields of study, neighborhood, etc.
For instance, we notice that a person who goes around making trouble, would be associated with troublemakers. Also, a person who derives joy in making others happy, is associated with people of the same nature. In the same vein, a thief or robber would be associated with people who will rather go around stealing and robbing with him, rather than those who would condemn them.
Therefore, if someone meets you, and finds out that you're a playful, jovial and nice person, they'd expect that your friend(s) are of the same character, also if one learns you're the friend of a thief, a liar, It is only natural for him/her to be careful to believe you  or leave their things around you .
Personally, if you come to me and say "Abigail, your friend is stupid" I'd take it that I am seen as stupid as well, or if I'm told "hey, your friend is of good character" I'd take it that I'm perceived to have good character too...
"Your friend's character, behavior, actions, should be ones we are comfortable with being identified as such".

Thanks for reading....
Posted by Unknown at 4:52 PM No comments: